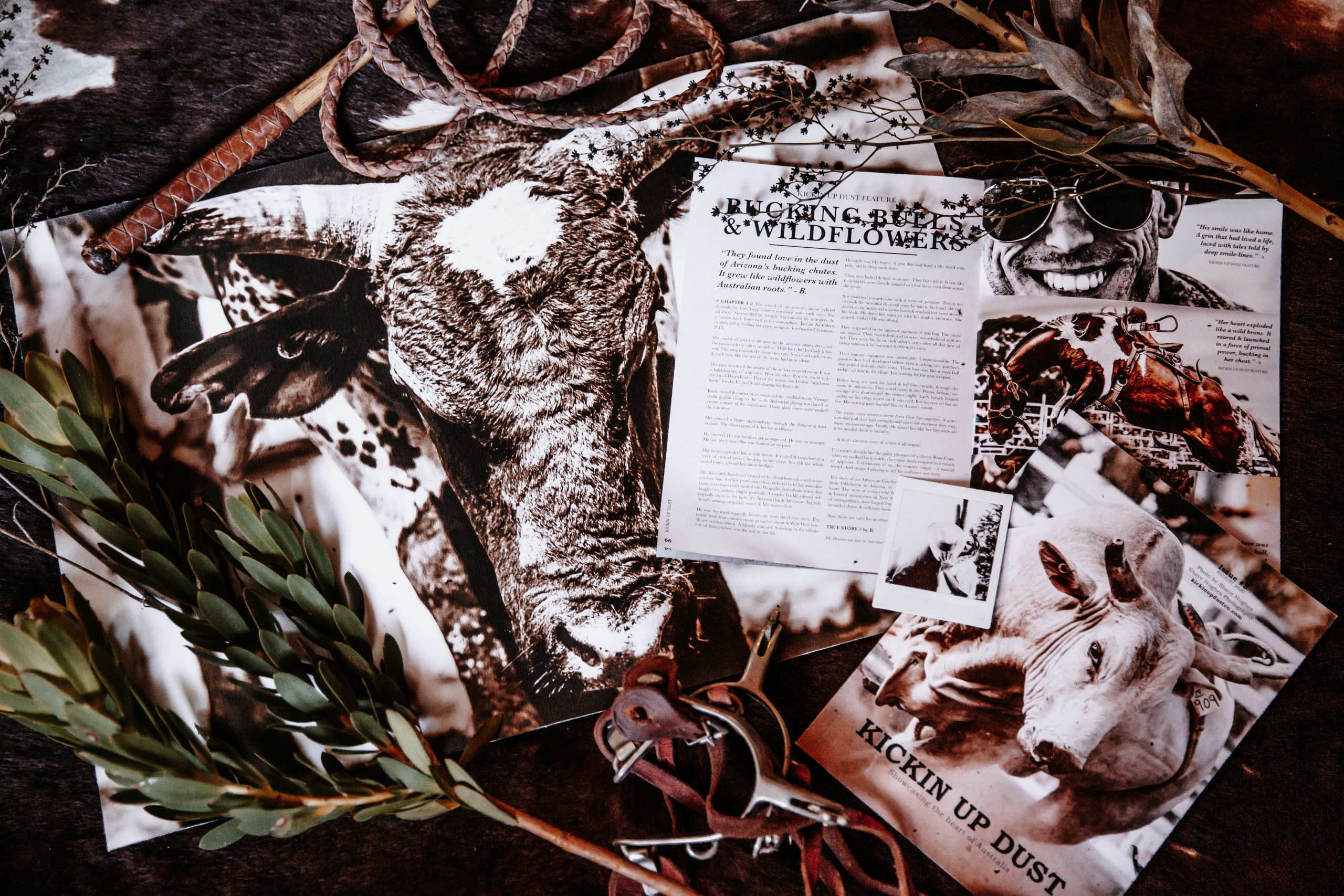 “They found love in the dust of Arizona’s bucking chutes. It grew like wildflowers with Australian roots.” – B.

// CHAPTER I // The sound of an acoustic guitar echoed through the bar. Jovial chatter entwined with each note. She sat there. Surrounded by friends. Surrounded by strangers. In a foreign land. Immersed in the atmosphere. Just an Australian country girl spreading her gypsy wings in America for Christmas, 2018.

She stared off into the distance as the acoustic singer drenched the room with the sultry sounds of ‘With You I Am” by Cody Johnson. The song resonated through her ears. She heard each strum & each lyric like the rest of the room had gone silent.

Her gaze absorbed the details of the whisky-scented room. It was a kaleidoscope of authentic Western vibes that she could only dream of Down Under. Part of the reason she’d fallen “head over boots” for the United States during her first visit.

She noticed a figure approaching through the darkening dusk outside. The doors opened & her focus cleared.

He entered. He was familiar, yet unexpected. He was no stranger. He was her future! She was floored by surprise.

Her heart exploded like a wild bronc. It reared & launched in a force of primal power, bucking in her chest. She felt the whole world pause around her inner bedlam.

His delectable hazel eyes fixated on her from beneath a well-worn cowboy hat. A white pearl snap shirt, tailored to fit his muscular body, was respectfully tucked into Wrangler threadbare jeans that hugged his athletic thighs perfectly. A trophy buckle earned riding bulls shone in the light, the Arizona flag & American flag side by side among turquoise stones & Monsoon silver.

He was the most ruggedly handsome man she’d ever seen. The kinda’ man that country music preaches about & Wild West novels are written about. A bloody unicorn! Standing in the silhouette of that cowboy was the rest of her life. His smile was like home. A grin that had lived a life, laced with tales told by deep smile-lines.

Their eyes locked & their souls met. They both felt it. It was like their bodies were already tangled in a hot mess, even from across the room.

She marched towards him with a sense of purpose. Trying not to crush the beautiful deep red roses he had in his hand, she balanced on embroidered snip-toe boots & reached her arms around his neck. He drew her waist in with his mighty embrace. She gasped. Crikey! He was strong.

They suspended in the intimate moment of this hug. The music still played. Their hearts frolicked in sync, overwhelmed with relief. They were finally in each other’s arms after all this time of being homesick for someone 8,000 miles away.

Their mutual happiness was undeniable. Unquestionable. The passion they had developed before even touching one another’s skin pulsed through their veins. Their love was like a rank bull kickin’ up dust in the chute. Just waiting for the gate to open.

Before long, she took his hand & led him outside, through the room of onlookers. They stood beneath the ‘Peoria Artisan’ neon-sign that illuminated the winter night. Each breath floated visibly on the crisp, desert air. It was cold. But his eyes set her on fire. His searing gaze burned like an Arizona sunset.

The connection between them drew their lips together. A gravitational pull that had strengthened since the moment they met, many monsoons ago. Finally. He kissed her like her lips were air & he needed them to breathe.

… & that’s the true story of where it all began!

If it wasn’t already like the guilty pleasure of a cheesy Rom-Com, when we walked back inside, the entire room erupted in a ruckus of applause. Unbeknown to us, the country singer – a mutual friend – had stopped playing to tell his audience our story.

The story of an American Cowboy who drove 1,800 kilometres, from Oklahoma to Arizona, to surprise his Australian sweetheart. The story of a man who faced his mortality several times & braved snowstorms in New Mexico to serenade her. A tale of extraordinary love forged from a series of comedic disasters, beautiful chaos, & ordinary moments among bulls & wildflowers.

Alas, those are tales for another chapter…

PS. Discover our lives in ‘real-time’ on Instagram @agirlcalledB